Christmas is a time for family, for sharing, for cooking (yum—I like the cooking AND the eating), and for presents!

It’s the time we remember that God sent his only son Jesus (who was himself God) to live among us; to show us his love, hope, and forgiveness.

For all these reasons, many people for the last two thousand years have written some wonderful Christmas music.

Can I Play Carols If I’m A Beginner?

If you’re old or young; beginner, intermediate, or advanced; don’t worry! I have lots of Christmas music for you!

I’ve been collecting Christmas music for over 20 years now, and I usually have two or three versions (or more) of each carol.

I have easy, medium, and hard versions.

I also have plain, jazzy, and classical versions!

What Christmas Pieces Can I Play?

I have piano versions of every Christmas carol and song on this list.

I’ve included some YouTube videos so you can hear what the carols sound like. I’ve tried to pick some favourite versions (but this isn’t always possible). I’ve also avoided “The Piano Guys” and the MTC for Christmas performances (for obvious reasons).

The piano versions might sound different, but hopefully you can get the idea of the melody...

Angels We Have Heard On High

This is my favourite version of “Ave Maria”.

But at the start, she is saying (in French): “My dad left me for good a couple of days ago and his funeral was held this morning in Korea. But I am here in Paris to sing in front of you. I am not sure if this is appropriate. But as a singer I thought I should be here. Also I firmly believe my dad is happy to be watching me and you the audience from up above at this moment. Thank you for being with me today. I won't forget this. I dedicate this recital to my dad. Now, I will sing Schubert's Ave Maria for my dad.”

There are three popular tunes for this piece. I have piano music for all of them!

‎This is the most common tune in Australia.

This is the most common tune in the USA, sung by the unique voice of Maddy Prior.

Hands down my favourite tune for this carol - absolutely gorgeous melody and harmony.

A sensitive and clever piece, played here by the composer. This sounds even better played on an electric piano sound mixed with a warm pad.

Carol Of The Bells

‎I have a studio license for this exact version! You can have a copy to learn for FREE!

I also have a studio license for Wendy Stevens’ version (easier still), which is also FREE!

A beautiful version by Christopher Norton.

Cradled In A Manger Meanly

OK, three version for this, one of my favourite Christmas songs!

The original Latin version, “In Dulci Jubilo”, in a 16th century version by Michael Praetorius.

My absolute favourite version, by my hero, Mike Oldfield!

Notice that Mike is playing EVERY single instrument! Awesome!

I find this carol a bit scary: “Good King Wenceslas looked out, on the feast of Stephen!”.

Go Tell It On The Mountain

‎And how it’s sung by the Queen of Soul, Aretha Franklin.

We miss you, Aretha.

For a really fun challenge, you could do the Chris Norton prog-rock version!

I’m tempted to also include the very retro Mannheim Steamroller version, but that will just get me into trouble!

‎Have Yourself A Merry Little Christmas

‎A warm and sensitive performance by the ever-wonderful Christina Perri.

The three ships are not sailing ships, but camels (“ships of the desert”)

I’ve put this in instead of Maddy Prior (because I’ve already featured her wonderful voice twice).

This was a tricky decision: I’m trying for versions where the melody is clear for students to hear, and that are respectful.

I also believe that every decade or so God blesses a musician with special gifts. Mozart, Beethoven, and especially Bach are examples of this.

In modern times we have Stevie Wonder, and now Jacob Collier and Yohan Kim.

The sheer extent of Jacob Collier’s talent just continues to amaze me.

So I’ll include this performance as an example of a young man enjoying music (so much so that sometimes I think he doesn’t quite know when enough is enough, but perhaps in his case this isn’t for me to say), and hope that students will be encouraged to explore and experiment; to take risks, and have fun... and just enjoy Jacob Collier’s pure musical energy!

I’ll Be Home For Christmas

I couldn’t pick one, so I’m choosing three...

Lisa Ono. Easy choice. She is so very very cooooool...

Lou Rawls. One of the greatest singers ever.

My students must all know that I’m a huge fan of Tony Bennett. What a voice, and what a nice guy! And I have absolutely no difficulty in imagining him singing for his family at Christmas either.

It’s a very strange day when Linda Ronstadt doesn’t make the list (my students know that I think the world of her singing). I apologize.

It Came Upon A Midnight Clear

‎It’s Frank Sinatra (with Bing Crosby in the background!)

An interesting version where the song is played in a minor key, rather than the usual major key.

I have numerous versions of this piece.

This is an odd Christmas song—perhaps because it doesn’t mention Christmas even once (it was actually written for Thanksgiving Day).

It’s about taking your girlfriend out driving, going too fast, getting in a crash, getting laughed at, and then (not having learned from your first crash!) doing it again.

‎This is the original classical version, but there’s a fun easy jazz piano version too!

This is my personal favourite Christmas carol. I love the music, and the message.

Here are three versions for you...

This is a stunning version from a favourite band, without any fancy tweaking.

I love Bach, Beethoven, and Mahler.

But (Oh No!) I also love Bluegrass, and the Petersen’s are very good.

I like the way they’ve combined the ancient hymn with the more modern hymn on the same subject.

I especially like Emmett’s dobro playing (check him out with his brother and Chelsea Moon if you want to hear some spectacularly wonderful bluegrass hymns).

Once In Royal David’s City

‎There are two tunes for this carol.

‎Here’s one tune in an arrangement by Vaughan-Williams (my hero!)

This tune is better known, in an impressive acapella arrangement.

Of all the carols, I think Silent Night benefits from a clear, simple arrangement.

I know I just said a simple arrangement, but I really like Jazz at the Lincoln Centre. So...

We Three Kings Of Orient Are

One of my favourite carols—it has a Middle Eastern feel, which given that’s where Christmas originally took place...

We Wish You A Merry Christmas

What Child Is This? (Greensleeves)

‎Yes, this is a carol set to the famous tune of “Greensleeves”. Don’t be surprised if people ask you for ice cream.

Emmett Franz sings a bluegrass version, backed up by the Petersens.

An old-school version by the excellent Johnny Mathis.

There’s an excellent book of Christmas songs arranged by Carol Matz, which ranges from Grade 1 to Grade 3.

Some very cool but quite easy jazz arrangements of Christmas music by Mike Springer.

Tom Gerou has a mix of jazz and pop arrangements at different levels of difficulty:

All these books are available at BMPS

If you’d like to play any of these carols, just let me know!

I’d like to wish all my students and their families a very merry Christmas and a Happy New Year! 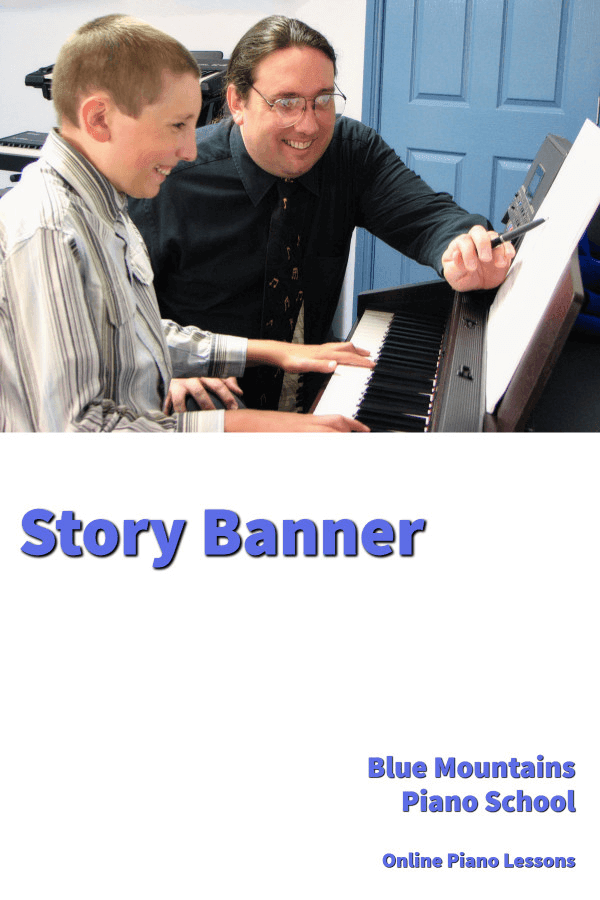